Back on The Field in 10 Days or LESS

FACT: Until your pain or injury is treated at the NEUROLOGICAL ORIGIN of the physiological symptom, no amount of ice, rest, heat, compression, casts, crutches or useless TEN's units will eliminate the problem. That's a stone cold fact! Why? Because where you are injured and feeling pain is where the problem ENDED UP... not where it BEGAN. And until you treat the ORIGIN, you will NEVER be 100%. Period.

At Neuro Sports Performance and Rehab, we utilize the patented and proprietary ARP Wave System, giving us the ability to go in and find out where the injury originated from (trust us, it is NEVER where it hurts), treat the issue at its origin without surgery and without drugs and once this is accomplished, eliminate the physiological symptom... permanently. Thus there is a reason more than 650 NFL Players trust us to get them back fast. Because it works... and it works FAST. We have now taken this patented and proprietary system of accelerated rehab and performance and created our Accelerated Injury Recovery Program, allowing athletes the opportunity to get BACK ON THE FIELD IN 10 DAYS OR LESS, stronger and faster than they were before! 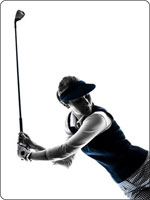 ALL injuries are caused by the body's inability to absorb force. If your muscles are not neurologically "firing properly" and out of balance this causes an electrical disconnect in that muscle which leads to inflammation and the eventual build-up of scar tissue. This results in your muscles failing to absorb force properly and ultimately transfers it onto areas of the body that were never meant to absorb it such as your knees, back, hips, joints, tendons and ligaments. The best way to describe it would be, to imagine taking the shocks off your car and driving around town for a few days. The damage would be minimal but still noticeable and the ride extremely uncomfortable. Now take that same car to Alaska and back and you will do permanent damage to all parts of the car. That's the same thing with YOUR shock absorbers, your MUSCLES. When you take away their ability to absorb force, that force is transferred to your frame/connective tissue (hips, knees, joint, ACL/MCL, etc.) and injuries occur, quickly and consistently.

Strength, Size & Speed Does NOT Prevent Injuries. Never Has, Never Will.

It doesn't matter how big, strong, fast or muscular you are (we treat some of the NFL's strongest players). If your muscles are NOT turning on fast enough neurologically to absorb that hit, then your muscles go into concentric contraction (shorten into protection mode) and that force goes directly into unprotected tissue, causing injury and damage. What's even worse, if you are treated where the injury ENDED UP, not where it originated from, then the length of time for recuperation becomes excessive and unnecessary and on top of that, the injury never fully heals because the origin is still left untreated. You can be the biggest, strongest and fastest player on the field... But if your muscles are incapable of turning on fast enough to absorb force, no amount of strength, size or speed will prevent you from injuries.

The Difference between The ARPWave and Traditional Rehab

So let's assume you suffered a knee injury and were set to be out for the next 4-6 weeks. Where do you think Physical Therapists would treat you? That's right, at your knee, where it hurts. In other words, where the problem ended up. They will use rest, ice, compression, elevation, movement protocols for the knee and maybe some cheap TENS device as part of your therapy. The muscles that CAUSED this injury in the first place, however, would be left untreated. Why? Because they have been trained in how to treat the injury physiologically, they have never been fully trained in how to treat the injury neurologically. They have NO DIAGNOSTIC TOOL at their disposal to locate this neurological origin (X-Ray and MRI machines can NOT locate the neurological disconnect), no tool to break the neurological compensation pattern that caused this to happen in the first place. More importantly, they will not have a tool that not only locates the neurological disconnect but then eliminates the scar tissue causing the muscle(s) to not turn on fast enough. Until they are able to treat the neurological origin of the injury effectively, then ALL the physical therapy, surgery and rehab in the world will never, ever, ever be effective.

Why is that? Simple, we are an electrical machine bring run by a nervous system. This system controls ALL of our physiological movement. If the signal being sent to produce this movement is NOT getting through fast enough for the muscle to respond to a certain task, absorbing a hit for example, then that hit can and will bring devastating injuries. Treating the injury where it ENDED UP is treating it physiologically and thus the problem still remains long term. By using the ARP Wave System and treating your injury neurologically, we are able to break down the scar tissue that was impeding the signal from getting through in the first place, while simultaneously flushing blood to the injured tissue and vastly expediting the healing process. Which way makes more sense? Using Ice, compression and stim on where it ended up or going to the ORIGIN and turning the muscle back on while flushing blood to the injured tissue? Which will get better results? The answer is self-evident and that's where our system comes into play.

Accelerated Injury Recovery Program: Back on The Field In 10 Days (Or Less)

In the VERY FIRST SESSION, with the ARP Wave device and proprietary protocols, you will typically see an immediate reduction in pain in the injured area and an immediate increase in your range of motion and flexibility. Why? Because after locating the origin of your injury in this first session, we are able to put the muscle into ECCENTRIC CONTRACTION (lengthened) and take you through the movement that hurts the most. The "before" and "after" in this very first session will be astonishing, as we will have turned on the appropriate muscles and transferred the force AWAY FROM THE INJURY and into the "shock absorbers". With the muscles in eccentric contraction, they are now firing properly and absorbing force. Traditional therapy however, would STILL be tending to where it ended up, stalling the rehab process in its tracks and with little to no reduction in pain.

At the end of this FIRST SESSION you will typically see a 25% reduction in pain and a vast INCREASE in range of motion. In the second session another 25% reduction in pain and so on until session 4 where typically you'll typically be PAIN FREE! How is that possible? We will have broken down the scar tissue in the muscle that was not absorbing force and, more importantly, transferred the force AWAY from the injury and into the muscles, eliminating pain all together and allowing for active movement. Traditional therapy of rest, ice, compression, elevation and stim would have continued to focus on where it ended up and the healing process would STILL be in its infancy. Ever wonder why players are lost for long durations of time and even for seasons? Because traditional therapy does NOT work. It only prolongs the process while Mother Nature does it job and when the job is "finished", the problem STILL exists. On the ARP Wave System however, we are contracting the muscles at 500 times per second neurologically, flushing blood to the injured area while treating the injury with ACTIVE movement. Something no other therapy can replicate and allowing us to take an 8 week recovery time frame for example, down to 8 days or less with BETTER RESULTS and a stronger player. Treat the ORIGIN neurologically, you ELIMINATE the injury physiologically at an accelerated pace.

Sessions 5-10: PAIN FREE, ACTIVE MOVEMENT? AND BACK ON THE FIELD! 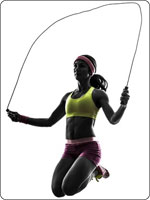 In sessions 5-10 we will now take you through proprietary protocols to break the neurological pattern that caused this injury in the first place. In essence, teach the muscles to respond in the correct way and move properly neurologically. Once this is accomplished, you are PAIN FREE, INJURY FREE and you are stronger and more stable in that area than you have ever been before. But more importantly, you are back 60-70% FASTER and completely asymptomatic!

Sessions 10-20: PAIN FREE, ACTIVE MOVEMENT, BACK ON THE FIELD? BUILD STRENGTH AND NO INJURY RECURRENCE

In sessions 11-20 we will neurologically continue to strengthen the muscles while you are playing at full speed in your practices and games. This is the final stage, where we make sure that your muscles are strong again, so the injury doesn't come back ever again.

Why are we so successful with the NFL (and all other major sports leagues) and growing that particular client base so rapidly (more than 600 NFL Players use the ARP Wave System to get back from injury 60-70% FASTER than traditional therapy)? Simple, because when a player comes to us after being told they will be out 6-8 weeks or more, they know that we will get them back in a fraction of that time frame. They KNOW this because we will find the ORIGIN, treat it, eliminate the physiological symptom and in the process make them stronger and FASTER than they were prior to the injury! No one can do what we can do when it comes to accelerating the healing process, NO ONE. And for those athletes that make their living with their body, its results? FAST RESULTS, that matters most.

Our patented and proprietary Accelerated Injury Recovery Program allows the patient to recuperate from injuries 60-70% faster than traditional therapy with far, far better results. No more sitting out weeks or even months at a time for injuries that can be rehabbed FULLY in days. No more wasting valuable time treating the PHYSIOLOGICAL SYMPTOM of the injury when you can treat the ORIGIN and eliminate the injury permanently!

RESULTS... That's ALL That Matters

Contact Us Today, for your Free No Obligation initial consultation and treatment to experience this amazing FDA Approved technology for yourself!